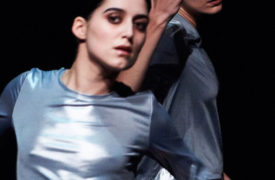 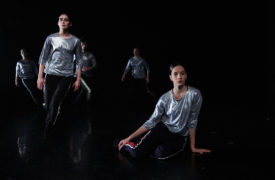 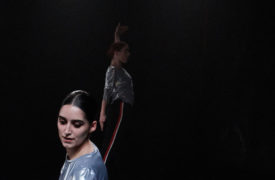 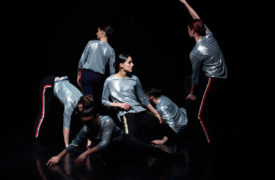 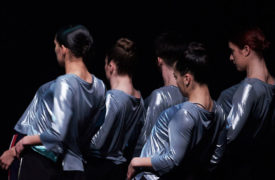 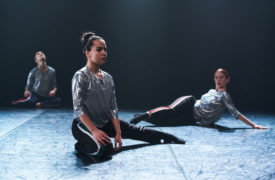 An organism composed by a group of bodies is placed in front of us. We witness the brief duration of their trail of movement. A journey from individuality to a collectivity which becomes one single body.

This piece plays with the imagination of our future bodies and craves for surpassing this reality to touch another reality.