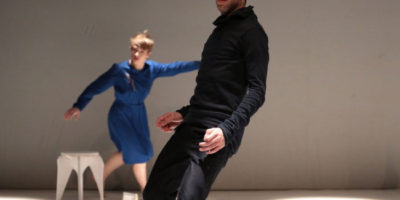 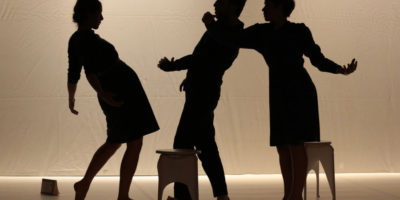 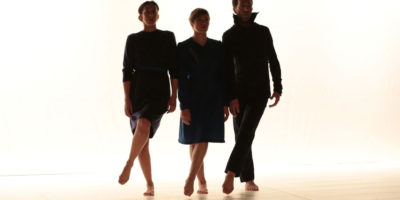 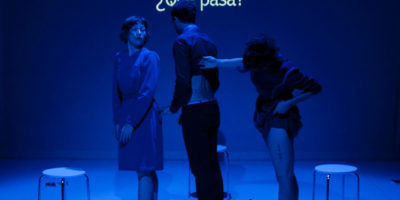 Privolva means the other side of the moon, the face we can never see from earth.

Privolva is a piece with a retrofuturistic touch.
Privolva plays with bodies which become homogeneous.
Privolva is located at an indefinite, multidimensional and poetic space.

The piece is based on the imaginary of philosophic science fiction.

In Privolva three bodies shift from the individual and the collective. One, two or three, interdependent and functional, they work as an efficient single body which creates the possibility for survival or limitation. The choreographic hypothesis is about bodies, which become more and more homogeneous in a hypothetical dystopic future. Understanding homogenization as a safe place but also as place, which limits and dissolves identities.